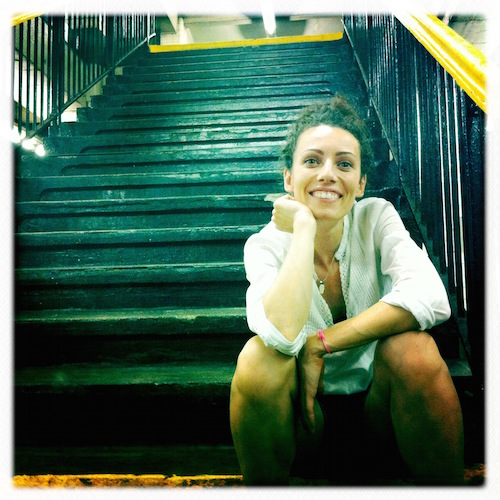 Melanie Jones is a Canadian writer, performer, and producer based in Brooklyn.

Jones has created full-length theatre and performance works, including CANADIANS ARE MEAN, In You (And You?), ENDURE: A Run Woman Show, Experiments In Delight, and STAT(us).

She is the author of four published nonfiction books. She has written, produced and hosted more than 50 episodes for CityTV, 55 videos for the BreathingRoom, an award-winning online course for at-risk youth, and more than 25 stories for Waves Of Change, documenting the world water crisis. She is currently producing JOYRIDE, a series of immersive cycling videos.

Jones’ award-winning theatre work, ENDURE: A Run Woman Show (2011), explored headphone­ based audio theatre, site­ specific forms, and drew from her background as an endurance athlete. ENDURE garnered two 2012 NYIT (New York Innovative Theater) Awards for Outstanding Solo Performance and Outstanding Original Full ­length Script and was nominated for five. It was named a Most Memorable Theatre Moment of 2011 by Canada’s Calgary Herald and was shortlisted for the Brick Award at the 2012 Edinburgh Festival Fringe. ENDURE was supported by Calgary 2012 Cultural Capital of Canada and the Alberta Foundation for the Arts to be performed in London during the 2012 Summer Olympic Games. ENDURE has been presented in five cities and four countries, and was presented by the 49th Annual Calgary Marathon in May of 2013.