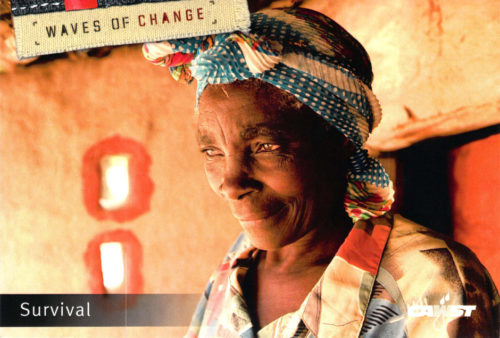 WAVES OF CHANGE is a photo-story documentary project revealing the human side of the world water crisis in Zambia, India and Haiti.

Based on more than 100 interviews, Waves Of Change is comprised of 25 stories and dozens of photographs tracking the progression of international development’s impact on individuals and families from survival to hope and empowerment and, ultimately, to independence. Writer Melanie Jones and photographer Cate Cameron’s mission was to tell the story behind the statistics and give both face and voice to the people living in the areas where Centre for Affordable Water and Sanitation Technology (CAWST) works.

Waves Of Change was a public engagement project in support of the work of the Centre for Affordable Water and Sanitation Technology (CAWST). Its creation was funded, in part, by the Canadian International Development Agency (CIDA), Rotary International and EnCana. Gratitude to our in-country hosts: SHIP/Seeds of Hope International Partnerships (Ndola, Zambia), DHAN/Development of Human Action Foundation (Madurai,India) and PAIDEH/Programme d’Appui aux Initiatives du Développement Humain (Ti Rivyeh/P-A-P, Haiti).